Based on last night's forecast of southerly winds with overnight rain it was obvious that it was going to be an arrival morning and not a morning for seawatching. I headed to the cemetery at first light as this is often a good place for grounded migrants due to its coastal location.

I did my usual circuit of the cemetery and had notched up a couple of Chiffchaffs and Goldcrests when I heard the familiar "chack-chack" call of a Ring Ouzel. I must have flushed it from feeding amongst the head stones and it very briefly alighted on the hedge. It was a very scaly bird and I could see that it was a first winter male. It then took off and flew round in circles, landed briefly in a Scots Pine and then I lost it. But I was nevertheless pleased with my sighting.

Continuing on my walk I added a male and female Blackcap to my migrant tally and headed off to the coastal park. I was greeted with singing Chiffchaff and a distant singing Willow Warbler, before picking up a Blackcap tuning up from some scrub. Two Goldcrests were also in the park, but it was now time to unfortunately head home for breakfast, and I say 'unfortunately' because I knew that there would be quite a few birds around.

I don't 'put out' records of common migrants like Ring Ouzel but another birder who does had obviously been in to the cemetery and re-found the Ring Ouzel and released the news to all and sundry! I'm not criticising  this birder whoever they are, it's not just the way that I operate. This apparently resulted in half a dozen birders running round the cemetery trying to relocate the Ring Ouzel. This was a flighty bird to start off with, but with a posse of year listers on it's tail it will be even more so!

I don't understand the modern birding scene and perhaps I'm an old dinosaur with an old fashioned attitude. I looked at the forecast last night and to me it had 'grounded migrants' written all over it, it couldn't have been plainer than that. I only had an hour to spare this morning so I went to the most likely spot to hold some grounded migrants on my patch. It would seem that the modern way is to sit indoors with a coffee and wait for the pager to go off! I'm obviously doing it all wrong!! 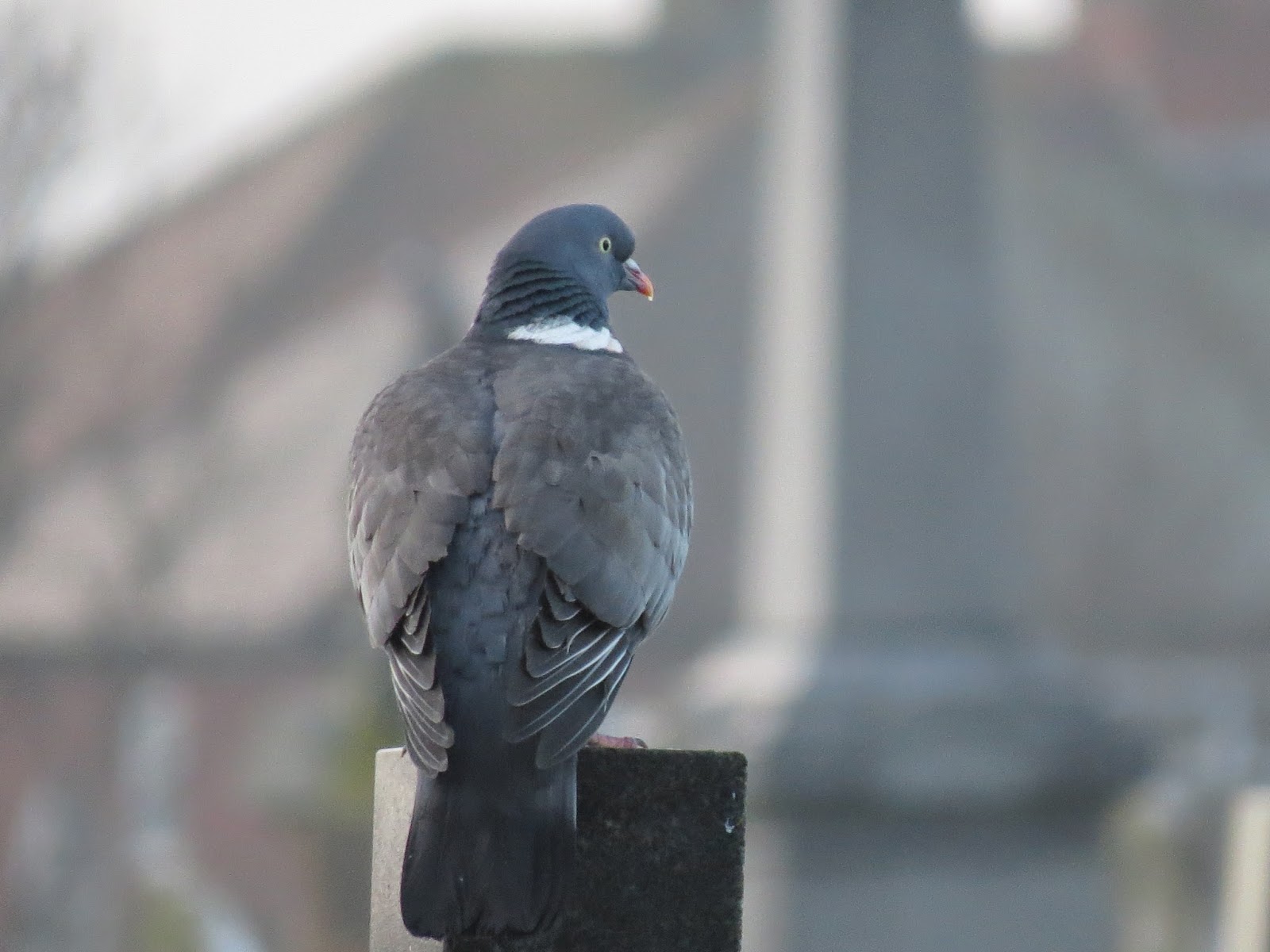 This Woodpigeon is the only bird I could photograph this morning!
Posted by The Hairy Birder at 11:19

The old ways are the best ways :-) Better to find your own birds, much more satisfying