My blog title isn't a reference to some chemical highs that I have been experimenting with, but rather to the fact that over the past couple of days I have had to use both a D and E ring whilst ringing at the Obs. As I mainly ring small passerines I rarely use some of the larger rings so the fact that I have used both these ring sizes recently is noteworthy. More of that later.

I didn't have time to post yesterday but I was out recording at the Obs again and I was there this morning too. Both mornings were similar in terms of weather conditions and birds recorded so I have decided to lump two days totals together. 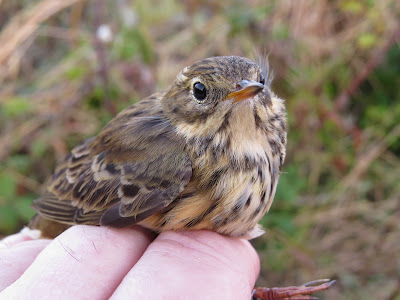 Raptors over both days have included up to three Kestrels and a male and female Sparrowhawk. The male Sparrowhawk was a juvenile that I ringed this morning and was responsible for the use of a D ring. 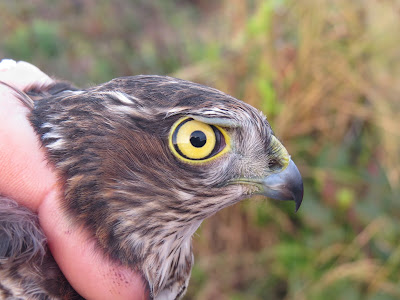 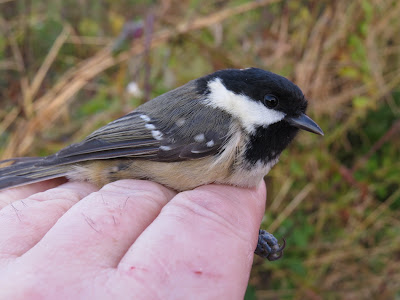 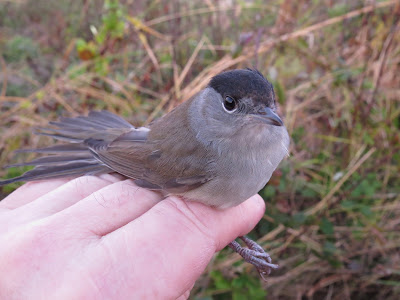 Over the two days I ringed 30 birds as follows (recaptures in brackets): 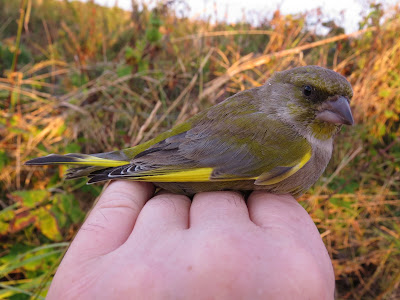 The Magpie was responsible for the use of an E ring and when I was extracting it from one of my mist nets I also had to extract a disemboweled Field Vole! As I said earlier in the week the field had been mown by the farmer and the Kestrels were constantly feeding over it. I suspect the Field Vole was a prey item that the Magpie had taken from one of the Kestrels or was a casualty of the grass cutting. Whichever it was it was a gruesome extraction! 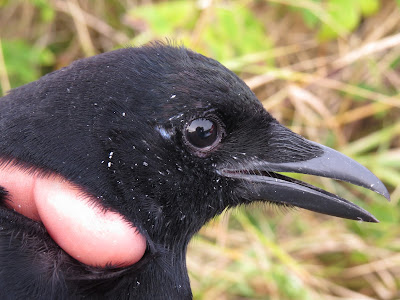 I've had a few insects on the wing these past two days including Speckled Wood, Migrant Hawker and Red Admiral.

The forecast is looking good for some more migration monitoring tomorrow with light east-southeasterly winds and it looks set fair with high pressure in charge until at least Sunday. After that the high pressure looks to be losing its grip from Monday onwards as we get an Atlantic front bringing southwesterly winds.
Posted by The Hairy Birder at 17:19