I'm afraid its a summary post again as I have had another busy week working in what is probably one of or the most beautiful counties in England, Cumbria. And I say that as a Lancastrian too! Mind you a good part of south Cumbria and all along the Furness peninsula used to be part of Lancashire prior to 1974.

There's not much to say about my work in Cumbria really, so I'll let the views below do the talking! 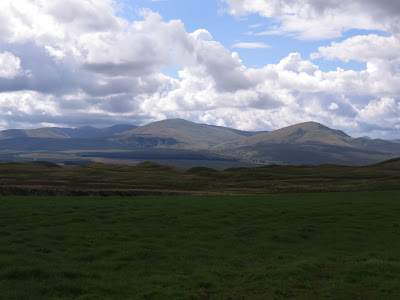 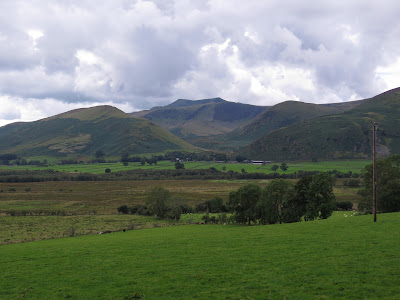 The view from the office this week

This week we've managed to ring 156 Swallows taking the autumn total to somewhere in the region of 804 birds! Highlights during the Swallow ringing sessions this week have been 5,000 roosting Starlings, a Swift, a Buzzard and a Short-eared Owl flushed from some grassland as we were walking back to our cars.

Saturday morning saw me spend two hours walking round part of the Obs recording area and it was quiet. Grounded migrants were limited to a Song Thrush, a Wheatear and possibly five Robins. I say 'possibly' with regard to the Robins as I wasn't sure how long they had been in. 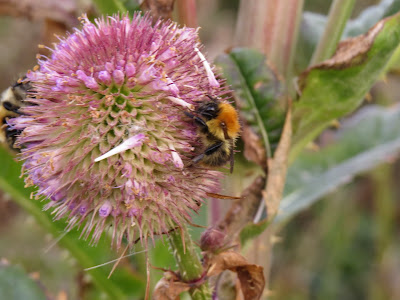 Only one Teasel was still in flower, the rest had set seed (below) 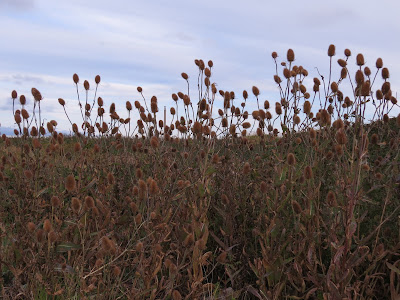 The vis was slow with just eight Alba Wags, four Swallows, a Grey Wagtail and a Meadow Pipit over. I text Ian during the morning to tell him how quiet I was finding it, although I hadn't looked on the sea as yet and he text back to say "don't bother"! I did bother and he was right it was dead with just six Cormorants!

This morning Gail and I had a walk down to the estuary and in between birding we did a fair amount of blackberry picking. Grounded migrants were thin on the ground other than a Chiffchaff and two Willow Warblers. On the estuary were 196 Redshanks, 111 Lapwings, 210 Black-tailked Godwits and a Little Egret. 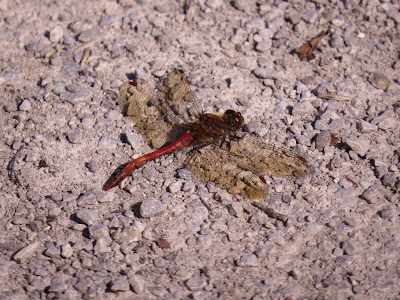 Common Darter sunning itself on the path

The pools held seven Little Grebes, 18 Tufted Ducks and 24 Mallards. Raptors were represented by two Buzzards and a Kestrel, whilst overhead we had Grey Wagtail and Siskin.

Fingers crossed for some more Swallows this week and the target now has to be 900 ringed!
Posted by The Hairy Birder at 17:40

It is great Warren, but it can be quite bleak in winter!