Another murky morning! I needed to collect my ropes from my net rides on the farm fields by the coast, so I decided to do the circuit that I do during the spring and autumn, more just because I was there rather than anything else. I had three oktas cloud cover with a 15 mph southwesterly wind.

The only interest during my hour and a half walk was at sea. No large numbers of auks, divers or wintering wildfowl, but a couple of adult Gannets which are always noteworthy in December. Usually it's after a prolonged period of wind, but it's been breezy of late, not windy. I picked up one adult Gannet fairly close in slowly heading south and it was loosely associating with a feeding flock of Gulls. I watched this bird until it was out of sight and then about ten minutes later I had another adult Gannet do the same thing.

The only other bits and pieces I had on the sea were three Red-throated Divers, two Shelducks and 40 Cormorants. 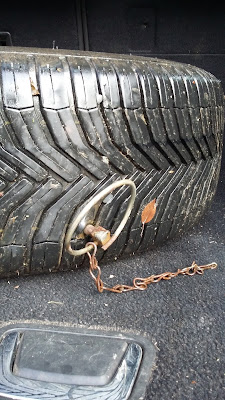