My alternative blog title was 'too much northerly........again!', and even though we recorded Leach's this morning there was too much northerly in the westerly making the sea relatively quiet. 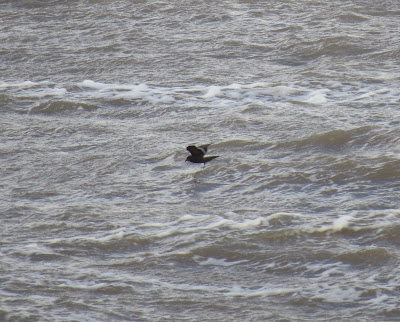 I got to the point for 0615 having been thoroughly sand blasted on the walk from the car park and with the wind being a WNW the only place to watch from was the top of the observation tower and that's where Craig, Ian and Me headed. 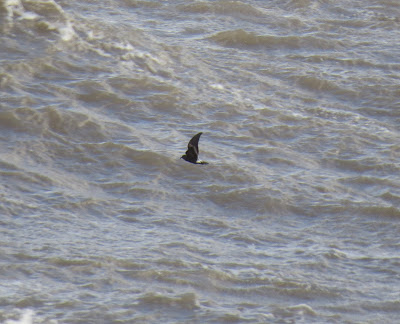 I watched from 0615 until 1035 and then I gave up and cut my losses and went home to catch up on some report writing for work. We did hook up with two Leach's Petrels with the first one rapidly moving west and the second one lingering long enough to get some record shots. 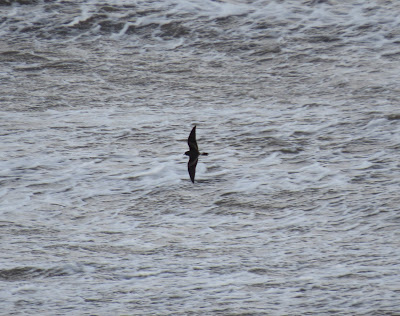 The strong northwesterly air flow is forecasted to remain until tomorrow at least, but I'm not sure yet what I'll do in the morning. If I get out I'll let you know.
Posted by The Hairy Birder at 18:11