I thought I'd slipped up this morning and missed an opportunity to catch and ring Meadow Pipits at the Obs when I arrived just before 7.00 a.m. and it was calm and Mipits were on the move instantly. However, even though the skies remained clear throughout the morning the wind picked up fairly quickly to a 10-15 mph east-southeasterly.

The 'vis' this morning did mainly consist of Meadow Pipits and I wouldn't have had the count if I hadn't received a phone call from Ian at about 8:00 a.m. I was 'working' the southwest corner of the Obs recording area and Ian the northwest corner. He phoned to ask if I was having many Mipits over and I said a few, and he said have a scan to the east. I did and I could see that large numbers of Mipits were indeed moving south, but further to the east. In fact every scan from south to north revealed anywhere between 15 and 40 birds. Having said that there were birds moving straight overhead and out to sea.

My vis totals were 373 Pink-footed Geese, five Chaffinches, 39 Alba Wags, a Goldfinch, a Greenfinch, two Rock Pipits, seven Skylarks, three Linnets, 89 Swallows, a Grey Wagtail and 1,067 Meadow Pipits! If I had looked east sooner I estimate that I could have added a further 2-300 to that total and when I left at 10:50 a.m. they were still on the move. So I suspect that if I had remained longer perhaps 2-3,000 Mipits could easily have been on the cards! 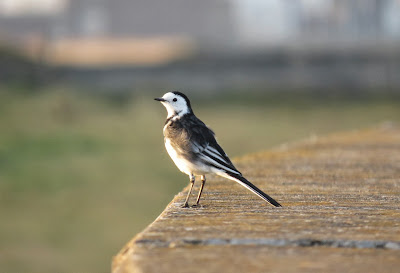 Grounded migrants weren't that obvious this morning but did include a Chifchaff, seven Dunnocks, nine Robins, six Wheatears, three Reed Buntings, a Song Thrush, 21 Alba Wags and a Skylark. In addition to the 'Pinkies' on the move a number were arriving from their Wyre Estuary roost to feed on the farm fields and I counted 349 dropping in. 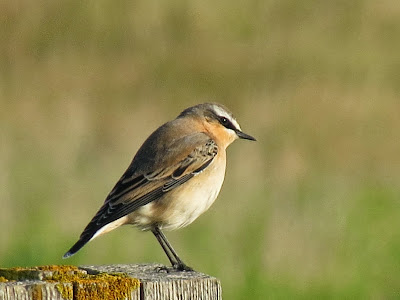 I did have a look on the sea but it was quite late in terms of the tide state and the morning when I arrived at my seawatching point so all I had were 18 Cormorants, a Mute Swan, two Guillemots, two Auk sp., seven Pintails and a Sandwich Tern. It looked a good morning for raptors but all I could muster was a single Kestrel. 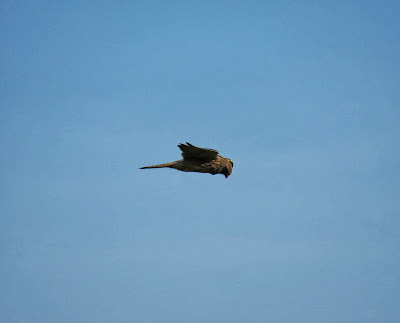 It's going to be clear and easterly again tomorrow so more vis will probably be on the cards. It would be nice if some of the Yellow-browed Warblers that are littering the east coast could find their way over here, but I fear it is too clear at the moment, albeit the wind being in the right direction, but we could do with some cloud cover. As always I'll be trying! 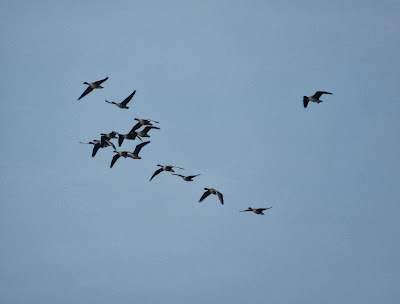 Pink-footed Geese heading south at sea
Posted by The Hairy Birder at 18:06

How did you manage to ring 450 Chiffchaff! I've just checked the rubbish phyllosc totals for Heysham and, until a little trickle of Chiffs in the last three days, had ringed more Whitethroat this year (good numbers) than Chiff and Willow combined. Reasons: zero local breeding success/post-breeding dispersal from nearby for Chiffchaff and strangely absent autumn passage of juvenile Willow warblers, shared by at least Walney

Thanks for spotting my mistake. The Chiffchaff total should read 50 and not 450! Apologies for the confusion.
We too have noticed an absence of autumn passage Willow Warblers.