An Hour On The Estuary

I gave myself an hour or so off this morning and headed down to the estuary just after it got light. It was a glorious morning with clear skies and a fairly light southeasterly wind. The wind was lighter than forecast and I could have been out ringing this morning, but hey ho that's how it goes some times. 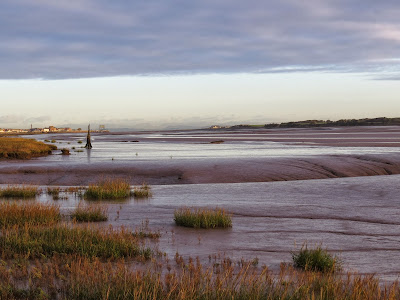 Walking along the Hawthorn path a number of Chaffinches and Robins were calling and as I looked over the field to my left a Barn Owl was hunting over the rank grassland and reeds. Just as I lifted my bins in dropped to the ground and presumably on to some prey item.

I bumped in to Ian who was ringing in a sheltered spot in the scrub but was surprisingly catching very little which made feel a little better about missing a ringing opportunity this morning. There were a few birds moving over and I thought that on the coast the 'vis' would probably be quite good. Over the estuary heading south and in the short time I was there I had 35 Meadow Pipits, three Goldfinches, a Chaffinch, 28 Skylarks, and two Alba Wags.

I walked across the saltmarsh to get a good view of the estuary and had 40 Redshanks, 162 Lapwings, 31 Curlews, 128 Pink-footed Geese, 194 Teal, 176 Wigeon and two Rock Pipits. I headed over to look on the pool and had a female Sparrowhawk being mobbed by two Carrion Crows, and on the pool the most numerous species was Little Grebe and I had a count of thirteen. 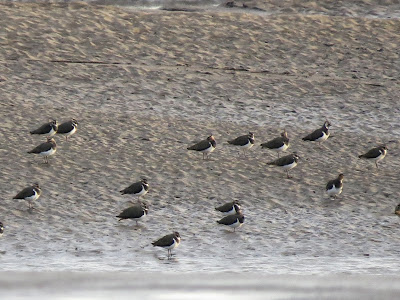 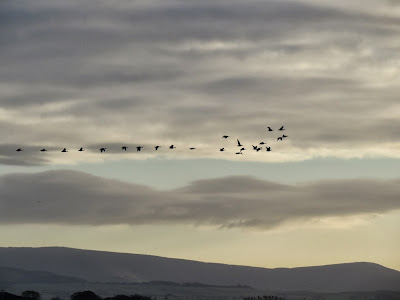 It was now time to head back home and do some work, which was a shame because I could have lingered on the estuary for hours as they are such magical places especially on a day like today. 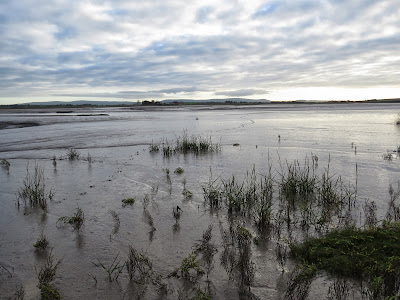 Couldn't you just linger here?
Posted by The Hairy Birder at 11:23

When it comes to being outside, I could linger anywhere!

send us a Little Grebe mate!!

I've asked one of the Little Grebes to pay you a visit!