Back On The Moss

I paid my first visit to the Moss this morning since checking my Tree Sparrow boxes in May to set up the feeding station in preparation for the winter. A drop of seed was made on the track and I put up my two large peanut feeders as supplementary food in case the seed runs out before my next visit. I will check again in a weeks time to see if anything has found the seed and adjust the frequency of my visits based on the demand for the food. 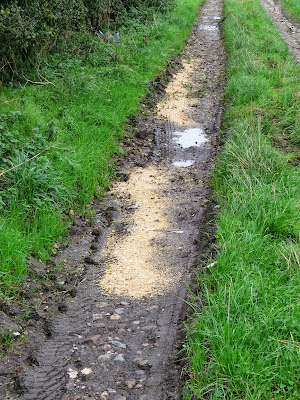 Over to the west of where I park at the end of the track a number of Pink-footed Geese were feeding in a stubble field. Birds were constantly coming and going and were difficult to count due to the hedge between me and them. My notebook records 1,477, but I suspect there could easily have been twice as many as this. 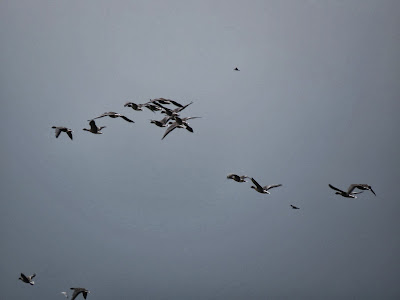 Even though it was just before lunchtime and I was inland, a few birds were going over on vis. I only paid a brief visit to the Moss so all I had going over were 25 Meadow Pipits, two Snipe, two Alba Wags and a Chaffinch.

At the end of the track I trubed left and walked north along the '97 hedge' alongside the 'big field'. In the distance I could see that something had spooked the Lapwings from the 'top fields' as at least 700 birds lifted in to the air. A number of Skylarks got up from the field totalling 39 and I also put up a couple of Snipe. As I walked along the hedge a party of thirteen Long-tailed Tits moved through and then I came across a flock of at least 26 Tree Sparows. I wonder how long it will take them to find the food at the feeding station; not long I suspect! 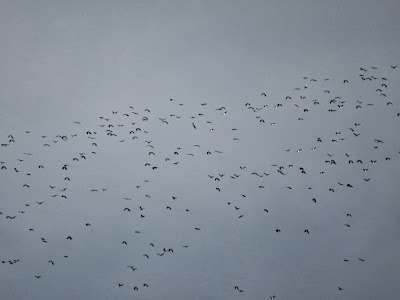 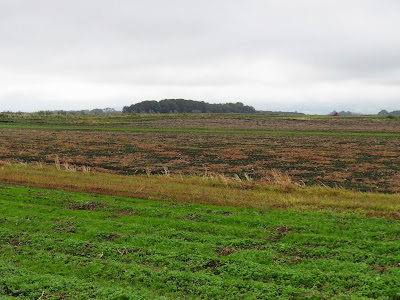 Skylark habitat, aka 'The Big Field'. 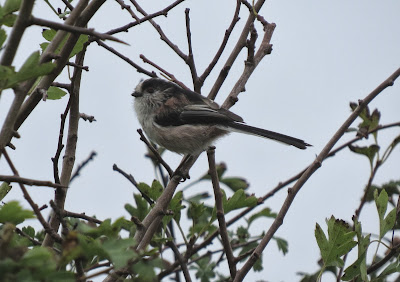 A flock of seven Linnets over the stubbles was added and then it was time to turn back, pick up my seed bucket and head home. The forecast for tomorrow is for 10-15 mph westerly winds with decreasing cloud cover as a ridge of high pressures nudges in. It will be a shade too breezy for ringing at the obs tomorrow as my net rides are right on the coast, but it does look good for some vis. I'll let you know how I get on.
Posted by The Hairy Birder at 17:52

I might well try putting out some seed in the fields here, looks expensive though :-(

It is touch expensive Warren and probably costs me in the region of £300/year. However, over recent years I have brought the costs down as I collect waste seed every week from the local agricultural/land based college that have averies as part of their small animals unit. I then use this to bulk out the bought seed. It's a win, win situation all round as it helps red-listed farmland birds, the college is recycling a former waste product and it reduces my costs!