Where Are All The Swallows?

Another bird survey for me today in north Cumbria, not a million miles from Wigton, and again in some plantation woodland. The woodland is part of a dairy farm and normally, even on the April survey, I have good numbers of Swallows flying from the buildings around the yard to forage for insects over the trees. But not today! 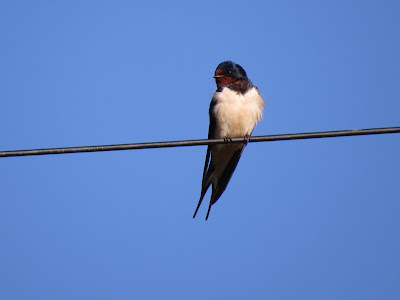 Swallows are now a March bird and in recent years by this time in April you can record large numbers on the coast on vis, but not this year. At the moment at the Obs they are barely reaching double figures. Time will tell whether something calamitous has happened, perhaps on the wintering grounds in south Africa or on migration between Europe and Africa, or perhaps they have just been held up. I'll keep my fingers crossed for the latter.

Ian tells me that there was a half decent arrival of birds today on the coast, but at my land-locked survey site in Cumbria I couldn't really get a feel for this at all. There was certainly a few warbler species around, but perhaps not any more than I know breeds at this particular site.

Willow Warblers were very vocal and I had at least four singing males with perhaps just one female. Two Chiffchaffs were present, as was a singing male Blackcap. A Yellowhammer singing off site is always a pleasure to hear, and this part of north Cumbria does seem to be a stronghold for them. I had Lesser Redpolls and Siskins going over in the stratosphere, so they were heard and not seen! And that was about it other than three Stock Doves and a single Swallow making it to the pages of my notebook. 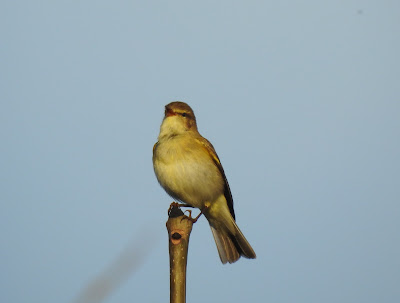 Of course during my survey I recorded a lot more, 22 species in fact, but I'm sure you don't want to hear about my counts of Blue Tit, Great Tit, Wren, Robin etc! 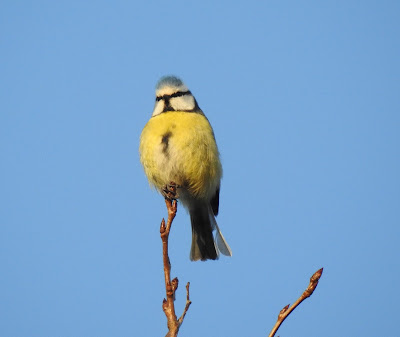 I've got a breeding bird survey to do in north Lancs tomorrow and hopefully at weekend I'll be able to get on with some none work birding; maybe ringing on Saturday and checking nest boxes on Sunday. I'll let you know.
Posted by The Hairy Birder at 20:01