Before I get to my Otterly fantastic Otter sighting I need to rewind to the beginning of the week and to the fact that I had to work on Bank Holiday Monday! I was doing the penultimate site of the first round of breeding bird surveys (the second round kicks off next week) at a site in south Cumbria. Gail joined me and I was impressed because it was a 4:30 am alarm call, but she rose to the challenge and the morning sunrise.

We had clear skies with a light southeasterly wind and it was warm. The survey didn't live up to expectations and it was relatively quiet, even for this relatively quiet site. In order of appearance it's only worth mentioning a singing Chiffchaff, two Song Thrushes, a Tree Sparrow, three House Sparrows, a Bullfinch, a Great Spotted Woodepecker, a Buzzard and a singing Blackcap.

We decided to treat ourselves to breakfast number two at Low Sizergh Barn, and as we had an hour to spare before it opened we did a short woodland walk close by. I recorded my first Swifts (two) of the year and the woodland held singing Blackcap, Chiffchaff, Willow Warbler etc. There was a good selection of woodland plants on show including Early Purple Orchid, Bluebells, Lesser Stitchwort, Lesser Celandine, Wood Anenome and Common Dog Violet. Breakfast was consumed and a fine selection of Hesket Newmarket Brewery ales procured! 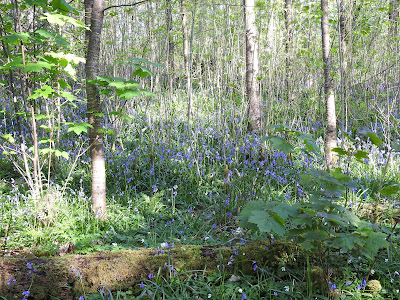 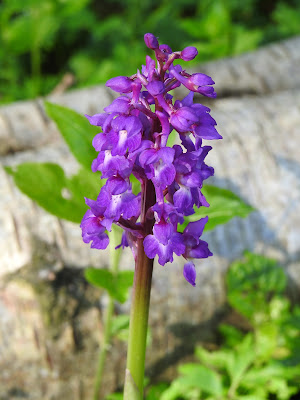 This morning I was in south Cumbria again doing the last site of the first round of breeding bird survey visits and I was at the eastern end of the Furness Peninsula. I had 6 oktas cloud cover with a 5 - 10 mph SSW wind, and it was a little cooler than of late. It was quiet in the newly planted woodland and I struggled to record a singing Blackcap, three Sedge Warblers, a Lesser Redpoll, a Chiffchaff, two Swifts and a Reed Bunting. In fact I need to come clean with you, most of the above species weren't actually in the newly planted area, but in adjacent habitat.

The woodland is bounded to the north by the River Winster and at one section of my transect I have a good view of the river and I noticed some ripples emanating from the bank, and just assumed it was the Moorhen carrying nest material that I had seen earlier, when suddenly an Otter surfaced just 15 metres from me! I switched my camera on, pointed....and it was gone! I then picked it up further upstream and for the next five minutes I played a game of 'daft Birder and Otter' as I followed it failing to secure any decent pictures. Below you will see a shot of it diving and that was the best of the lot! With hindsight I should have not bothered trying to get a photograph, but just enjoyed my time with this remarkable animal. 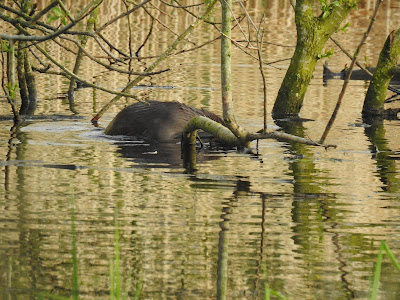 For donkey's years I have driven past Foulshaw Moss Nature Reserve along the A590 with the intention of calling in, but for one reason or another I never have. Except for today, and I will be back several times over the next few weeks! 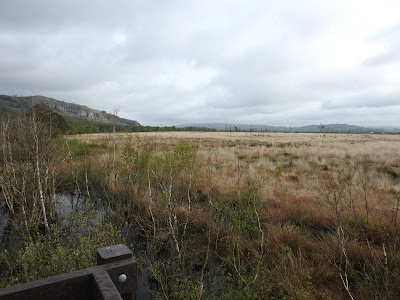 A view over Foulshaw Moss from the raised viewing platform

As soon as I got out of my car the air was filled with bird song; seven Willow Warblers, Blackcap, four Sedge Warblers, Garden Warbler, six Reed Buntings, Grasshopper Warbler and Tree Pipit doing it's parachute display! A boardwalk takes you out on to the lowland raised bog habitat and through bits of Birch woodland. Lesser Redpolls zipped here and there and a Water Rail called from a pool out on the bog. There's lots of different viewing platforms in place that give great views over the bog. 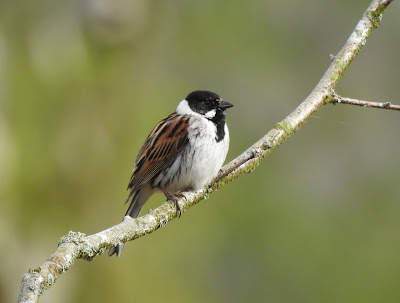 There was even an Otter connection here as I found an Otter spraint on the board walk close to the raised viewing platform! 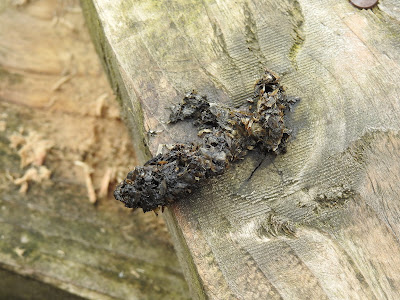 It warmed up slightly, but perhaps not quite enough for most invertebrates, but I did have a single Large Red Damselfly. And of course not to forget the Ospreys and the best views were on the visitor centre monitor via the webcam on the nest! You can keep up with the Ospreys at Foulshaw by clicking here. 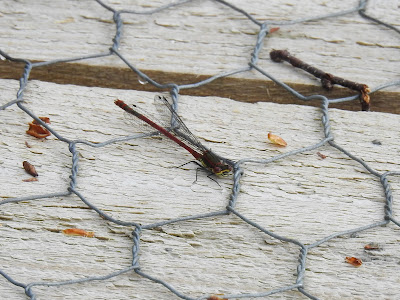 I finished the day off with a lunchtime visit to the Mount at the Obs to look for the singing male Firecrest that Ian found. It was favouring the conifers and feeding fairly high up, but it did respond to 'pishing' and came to investigate the noise. Sadly it was always against the bright sky, so a shot, even a record shot was out of the question.
Posted by The Hairy Birder at 20:44