Bridge Over The Atlantic

I don't know what's come over me, two posts in two days, I'm back on track...sort of! One of my favourite counties is Argyll, in fact as you know, I love the west of Scotland full stop! For a few years running we had our annual holiday in the Oban area and spent lots of time exploring the surrounding stunning landscape with all its historic sites, beautiful scenery and fantastic wildlife.

The pictures below are of the 'bridge over the Atlantic', or to be correct The Clachan Bridge, that connects the Scottish mainland with the island of Seil. In fact, 'Wild About Argyll' states "cross the Atlantic in less than a minute", and indeed you can! 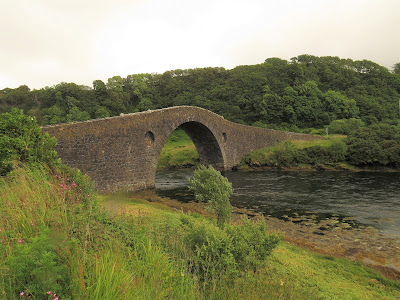 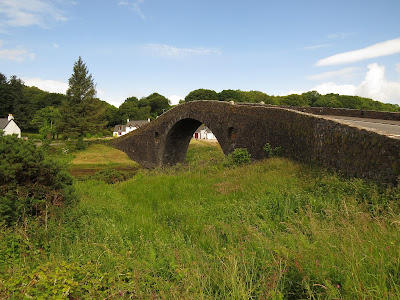 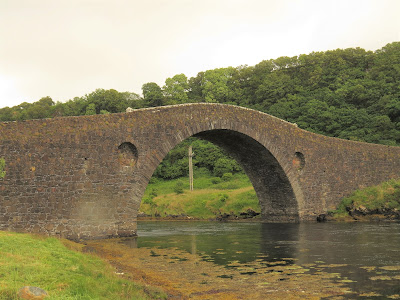 I can highly recommend a visit to the island of Seil, and the other slate islands such as Easdale and Luing; fascinating history and stunning landscape.

My moth trap has been quiet since the new species for my garden, Lychnis, a couple of days ago. This morning there were just two moths; a Light Brown Apple Moth and a Shuttle-shaped Dart (first for the year). There was kind of three, because a Pug I needed a closer look at escaped before I could get it into a specimen tube for further scrutiny!