Yesterday morning I visited the farm fields on the coast close to home, and I had a walk under 1 okta hazy cloud, with a 10 mph easterly wind. First up were two male Wheatears on the sea wall, and I thought that it looked good for a few grounded migrants. However, that wasn't to be as the only other grounded migrant I had was a singing Lesser Whitethroat, my first for the year. 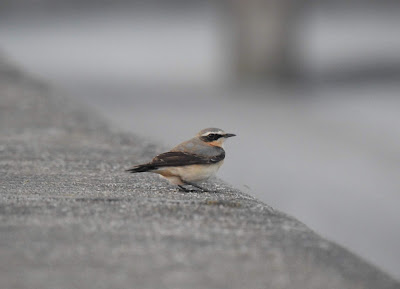 As I was walking behind the sea wall it would have been rude not to spend some time having a look on the sea, and also count any vis that might go over. There was some activity at/on the sea in the form of 31 Sandwich Terns, 21 Gannets (including eleven birds roosting on the sea), two Shelducks, 3 males & 1 female Eider, three Cormorants, five Auk sp. and a Razorbill. In addition to the birds was a single Atlantic Grey Seal. 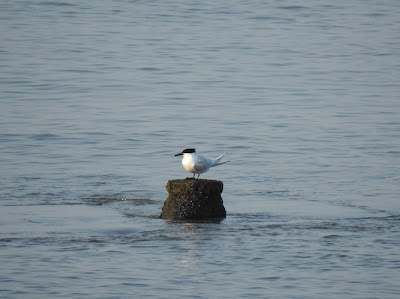 The vis was nearly non-existent as all I had was five Meadow Pipits, two Linnets, two Alba Wags, a Tree Pipit and two Swallows.

On my way home I called in at the pools briefly, mainly to have a look on the scrape, and I caught up with some more summer migrants, namely Sand Martin, Whitethroat, Reed Warbler, Yellow Wagtail (1 north), Sedge Warbler and White Wagtail (1 north).

On the wildfowl and waterbird front were 18 Tufted Ducks, the male Shoveler that displays to the Tufteds, and two pairs of Great Crested Grebes. 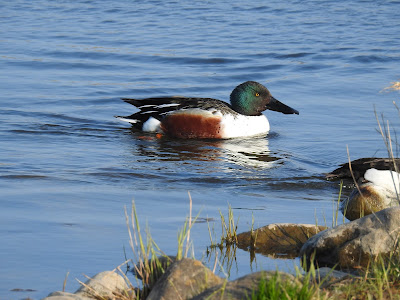 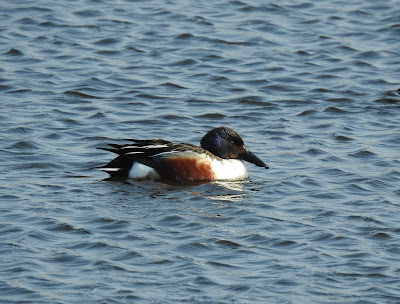 The major excitement was a female Marsh Harrier that flew. I picked it up just before the Gulls did coming from the south, and as it crossed over the main pool (there's three) it veered round and looked as if it was going to perhaps hunt over the reedbed. That was until the Gulls picked it up, and she was escorted north off the site with a large 'Larid' entourage!

Below are a coupl of record shots of the Marsh Harrier, with a few of the Gulls giving chase! 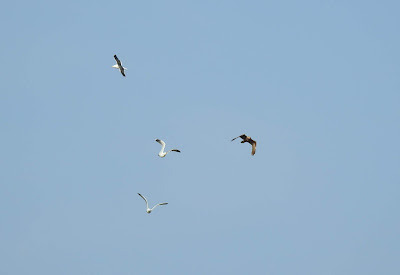 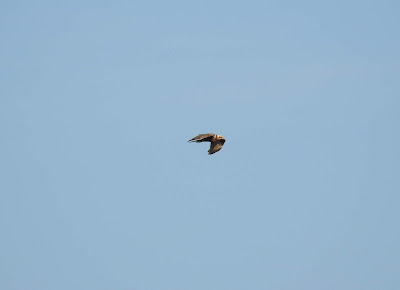 In case you have been wondering what I have been having in my garden moth trap recently, it's been quiet:

The temperatures might be slowly rising as we get into next week, so hopefully I should have a few more species and numbers of moths to report on!
Posted by The Hairy Birder at 15:40