Over the past few nights, the birding community has been buzzing about a huge overland passage of Common Scoters. The first large numbers occurred overnight on 1st-2nd April, with the epicentre of this thrilling movement situated in the northern half of England. 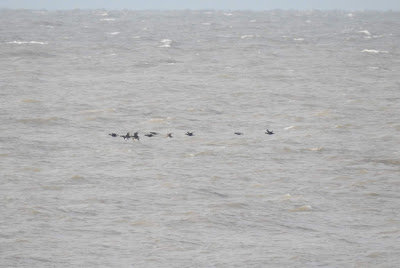 This event is an annual phenomenon, albeit varying in date and intensity each year depending on prevailing weather conditions and other factors, but the number of reports received overnight on 1st/2nd April perhaps unrivals anything recorded before in the UK. According to Birdguides at least 60 sites, with the vast majority here in Lancashire, as well as Yorkshire and Northumberland, logged the species, with some localities reporting that multiple flocks were passing over on a near-constant basis for extended periods of time during the night.

"The geographical distribution of records during the night suggests that the vast majority of birds were moving between the northern Irish Sea and North Sea coast of northern England; with two clear 'flyways' emerging: the first, perhaps involving birds that had wintered off the North Wales coast, moving inland over the Mersey and Wirral area, cutting across the Peak District to the Humber and out to sea over Spurn; the second, involving birds using the Solway Firth to cross into Northumberland before reaching the coast. A third route between the Severn Estuary and The Wash is apparent, but nonetheless significantly less pronounced due to the much lighter scattering of records from the southern half of England".

I didn't pick up on this until the night of 2nd/3rd April and I headed out into my garden, beer in hand, to have a listen. I wasn't going to spend hours listening, but at 9:00 pm, only a few minutes after I had sat outside, I heard a flock going over. Incredible! They were constantly calling and moving from west to east! Needless to say, this was a first for my garden, and hot on the heels of another night time mover that I recorded recently, Coot.

The quote from Birdguides in italics above details the direction of the movement over the UK, and these birds will have undoubtedly been heading to their Arctic breeding grounds in northern Scandinavia.

It's highly likely that the current UK-wide lockdown has contributed to the spectacular results seen, with many housebound birders refocusing their spring birding efforts on recording migration over their homes and gardens. Also, a reduction in noise from roads in particular will have definitely helped to make the calling Scoters more audible. I suspect that if we weren't in lockdown, I personally wouldn't have heard the Common Scoters over my garden because of background road noise.

Talking of lockdown garden birding I have entered Steve's friendly garden birding competition for the period of the lockdown over at North Downs and Beyond, so take a look HERE

The garden moth trap is still quiet with a Clouded Drab and six Hebrew Characters when I checked it yesterday morning. I didn't run it last night because of rain, but I am hoping to run it tonight.

This morning I took my daily well-being walk on the coastal fields at the southern end of the Obs recording area, which is literally just a few minutes from home.

Even though the wind had turned southerly it was still cold and the vis was very slow with just five Carrion Crows, eight Meadow Pipits, two Alba Wags, 18 Woodpigeons, six Curlews, 41 Pink-footed Geese and a Chaffinch. 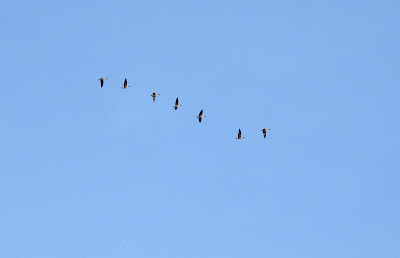 The sea was quiet too, but it was nice to catch up with some Gannets (one of my favourite birds) and I had nine head south. Other birds at sea were 131 Common Scoters, four Auk sp., 35 Sandwich Terns, 80 Knot, 17 Eiders, and singles of Red-throated Diver and Red-breasted Merganser.

A walk round the hedges and fields revealed zero grounded migrants, and three male Reed Buntings were all that made it in to my notebook. It was then back home for more garden-based lockdown birding! 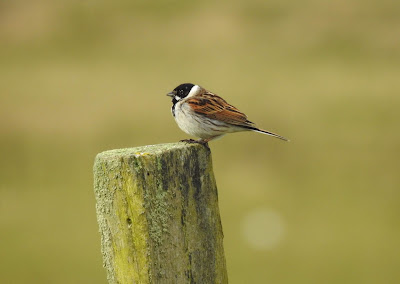 Reed Bunting
Posted by The Hairy Birder at 19:32