One of the positive things to come out of Covid, is that I am spending more time observing wildlife in, around and above my garden. I'm not neglecting getting out in to 'proper' habitat, although the weather of late is doing its best to prevent me from doing that, I'm just making more of an effort to look at what is under my nose.

I was recently stood in the drive chatting to my neighbour some time towards dusk, and I noticed a number of Jackdaws heading roughly in a southerly direction, very probably towards a communal roost site. This got me thinking, and over several nights since early August I have spent time in my garden at what I thought was the right time, trying to see and count this roost movement of Jackdaws. 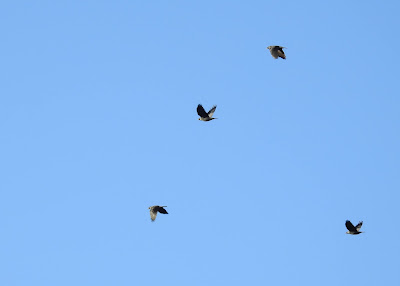 There are a few variables at play here. There's the ever earlier sunset on each subsequent day, cloud cover influencing the timing of the roost flight, and perhaps wind direction. Oh, and of course our evening meal that Gail seems to unintentionally time it to perfection, for when the Jackdaws are going over! I'm not complaining I hasten to add! All of this has meant that I haven't managed to time it right, and have a good prolonged count. This evening was a classic example, because of the pretty poor weather conditions (overcast and blowing a hooley) I thought I had missed them, when I looked up from writing this blog and 35 flashed past my office window!

When I first started counting, I was recording a few Swifts going over, and I had my last three on 12th August. Funnily enough, I had nine Swallows and a female Sparrowhawk on the same evening. One evening when I left it too late for the Jackdaws, I had three Pipistrelles whizz past, presumably heading from their day-time roost to wherever they were intending to forage, so not all bad.

Because I have been spending time staring up at the sky, I have snapped some of what I think are interesting skies, too early for any spectacular sunsets, but interesting enough to warrant said snapping of. I like to think of them as 'Jackdaw skies'. 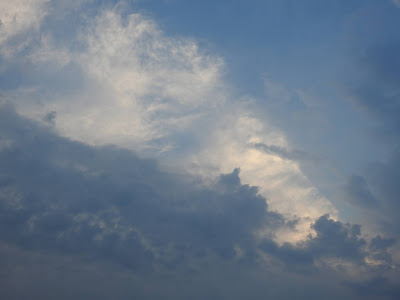 Jackdaw skies (above & below) 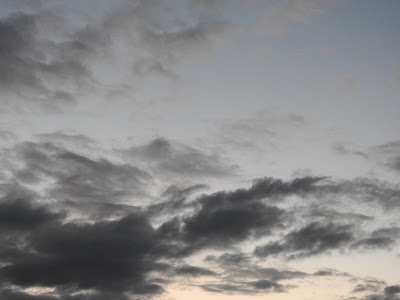 Two nights ago, I had one of my sporadic mothing sessions and I noticed, not unexpectedly, that the numbers and diversity of species is starting to go down. Amongst the morning egg cartons were two Garden Carpets, 15 Large Yellow Underwings, a Light Brown Apple Moth, a Six-striped Rustic, a Square-spot Rustic and a Common Rustic. Nothing amazing, but it all adds to the picture of what is going on in my local area.

The forecast over the weekend is looking like the sort of forecast that lends itself to quaffing real ale, rather than birding, but there is a chance that Sunday morning might be reasonable for an hour or two, we'll see.
Posted by The Hairy Birder at 20:00