Just as I had got out of my car at 5:15 am at the reedbed at the Obs, I picked up a wader heading north at quite a rate of knots. I could see that it was a large wader, long bill and its wing beat was all on the wing tips; Avocet! I dashed round to the back of my car to lift my hatch to get my bins out, but I forgot my poles were on the roof-rack, and I couldn't get to my bins quickly enough, and it was gone. Ah well, you win some and you lose some!

As I put a couple of nets up under 2 oktas cloud cover, and no wind, the Starlings started coming out of their reedbed roost. I couldn't really count, or should I say estimate them accurately (oxymoron?), but I guessed that there was in the region of 7,000 birds.

I couldn't tell how well I was going to catch or not, as the case maybe. As I put the nets up, I could hear a Cetti's Warbler and Reed Warbler calling, the harsh tack of a Sylvia Warbler, a 'hu-itting' Willow Warbler and a 'reeling' Grasshopper Warbler. Were they freshly grounded birds, or had they been in for a day or two and held back by the rain over the previous two days?

I didn't get an answer to that last question, but I caught reasonably well with 37 new birds and no recaptures as follows: 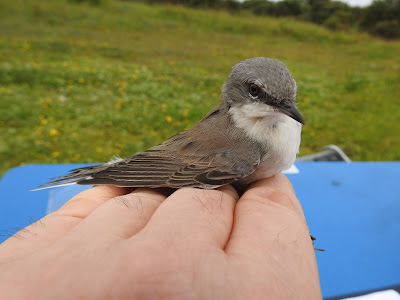 So, out of 37 birds ringed 29 were Warblers! Then again at a reedbed and scrub site, you wouldn't expect much else. 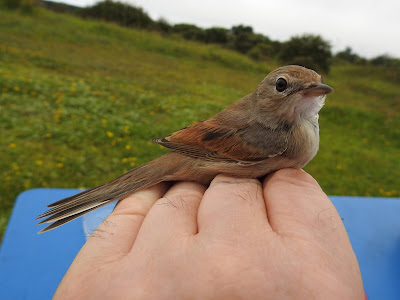 Earlier in the week I ran my garden moth trap for the first time in a couple of weeks and caught 35 moths of eleven species: 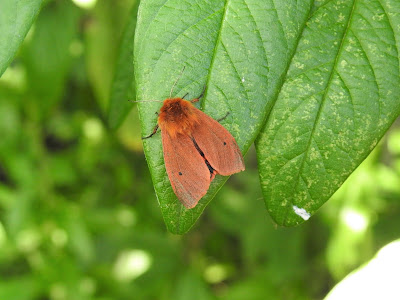 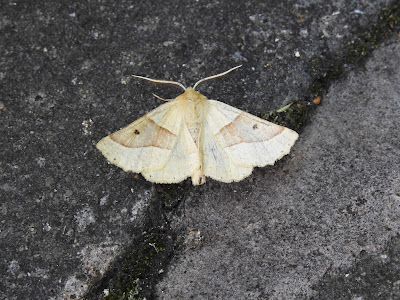 There were one or two micros that I couldn't identify, or is that more like didn't attempt to identify, but never mind, just don't tell the micro moth recorder!

The forecast is okay again for tomorrow morning, so like a glutton for punishment I'll set my alarm for 4:30 a.m. and try again at the reedbed. I'll keep you posted.
Posted by The Hairy Birder at 20:07