As I intimated yesterday the forecast was somewhat marginal for this morning and as such I didn't get up too early. I rolled out of 'my pit' just before 6.00 a.m. and it was dry but quite windy; what to do? There wasn't a tide until mid-afternoon so I decided to head down to the estuary and saltmarsh.

It was very quiet walking through the Hawthorn scrub and I didn't record anything of note. A quick look on the freshwater pools revealed four Grey Herons (including one on the estuary), 13 Tufted Ducks, including a female with a brood of six young, six Little Grebes, 23 'hawking' House Martins and a single Buzzard flew overhead. 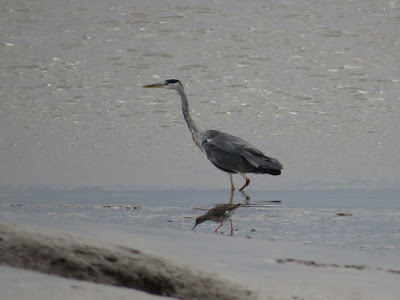 It was very quiet on the estuary with very few waders other than Curlews and Redshanks. The Common Sea-lavender was in full flower and it was as if there was a blue haze shimmering above the saltmarsh. Walking back I had five Stock Doves and I decided to call it a day. 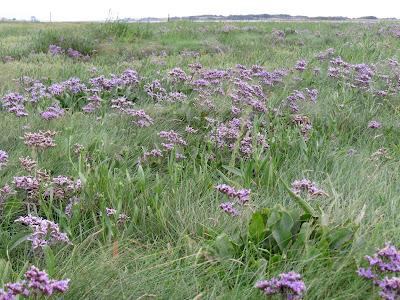 Common sea-lavender (above & below) 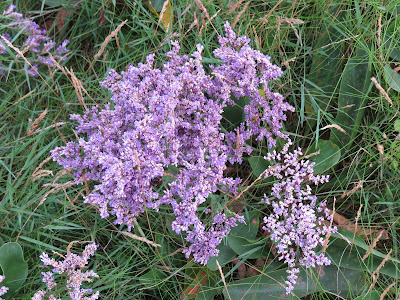 It will be more Swallows from me tomorrow as fingers crossed we will be able to ring some more.
Posted by The Hairy Birder at 19:46

I like a quiet birding day every now and then, it makes me look in more detail at the birds I do get to see. From Findlay

I think you've got a point there Findlay!