At first light at the Obs this morning I had full cloud cover with a 5 mph northeasterly wind. I'm still restricted to one 60 foot net due to my ongoing wasp problem, but when I checked today there was a lot less so hopefully I should be able to use the other net ride soon!

The vis was a little lacking this morning, although I did have my first Jackdaws of the Autumn with a flock of sixty south. I noted the Jackdaw passage later in the morning back at home when I counted 51 heading south over my garden. Other vis totals were 29 Meadow Pipits, 28 Redwings, seven Alba Wagtails, two Chaffinches, twelve Greenfinches, 70 Pink-footed Geese, a Rock Pipit and five Skylarks. 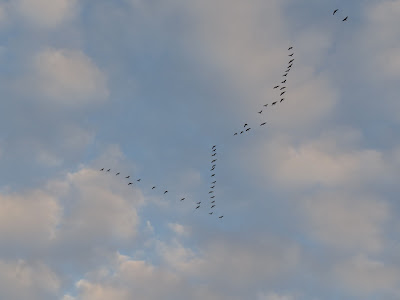 I watched a Dunnock take off from an Elder bush close to the ringing station, circle round gaining height and then it headed high to the south until it was out of sight! Vis and migration in action!

I only ringed ten birds this morning as follows: 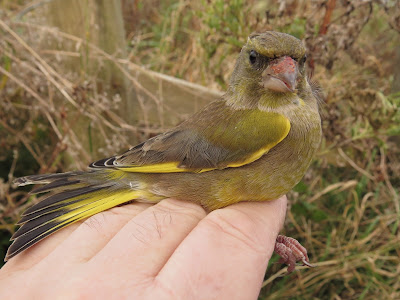 It obviously wasn't on today, so fingers crossed for a better day tomorrow! 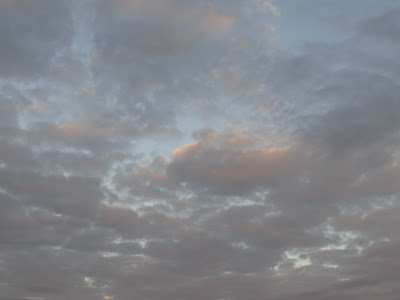 A couple of sky pictures from this morning (above & below) 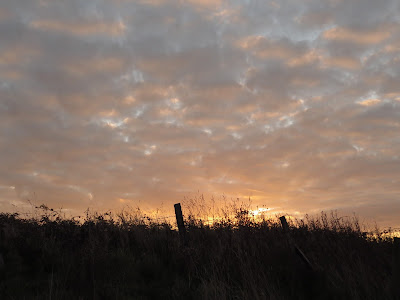