I thought it might have been too clear this morning for a reasonable ringing session at the obs, particularly in combination with the large number of Redpolls on the move yesterday, but thankfully it wasn't. At 0500 it was calm with clear skies. By 0645 the wind had picked up to a 5-10 mph southeasterly.

Because it was so clear all the vis was extremely high. In fact it was one of those mornings where you could hear calls but couldn't see anything and everything was recorded as single when several birds could have been responsible for the calls. Consequently the vis totals were low and included four Tree Pipits, 109 Lesser Redpolls, six Swallows, four Goldfinches, four Meadow Pipits, nine Siskins, four Linnets, two Alba Wags, a Reed Bunting and two Yellow Wags. 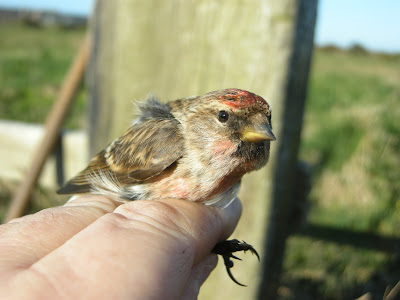 As expected grounded migrants were thin on the ground and included two Whitethroats, a Lesser Whitethroat, a Wheatear, a Whimbrel and a Willow Warbler. 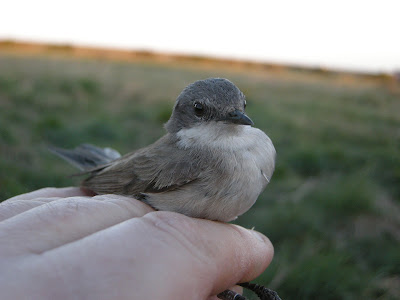 I managed to ring a respectable 46 birds as follows (recaptures in brackets): 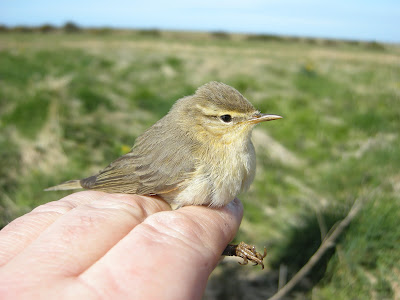 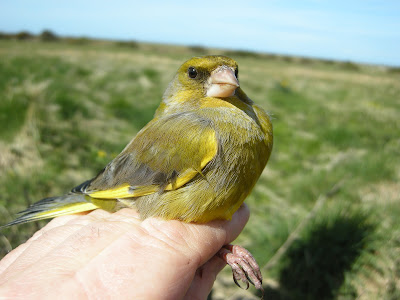 
I also controlled a Lesser Redpoll and it has been entered onto IPMR, so as soon as I get the details of where it was ringed I'll let you know. In the meantime D451164 anybody?

I have to do a CBC visit to a small local suburban woodland tomorrow morning and then I'll probably check the reedbeds to see if the water levels have dropped enough to enable us to get in there and do some ringing.
Posted by The Hairy Birder at 19:40