It was a cold start this morning and even here on the west coast of Lancashire there was a frost, and as I headed inland to my feeding station the temperature dropped to a chilly minus three! The skies were clear and it was flat calm, perfect for some mist netting.

As I drove on to the Moss the first bird that I recorded was a Woodcock that flew in front of the car and then over a hedge and away out of sight. As I was putting the nets up there were a few Thrushes around, but not as many as recent days and all I had were 12 Fieldfares, three Blackbirds and two Song Thrushes.

Five Yellowhammers were in the hedge and you will see from the ringing totals below that I managed to ring an adult female. At the feeding station were 20 Chaffinches and 55 Tree Sparrows. This isn't a decrease in Tree Sparrow numbers it's just the fact that it is hard to record everything from a birding perspective when you're ringing and operating mist nets. 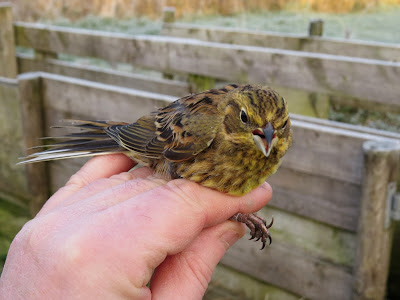 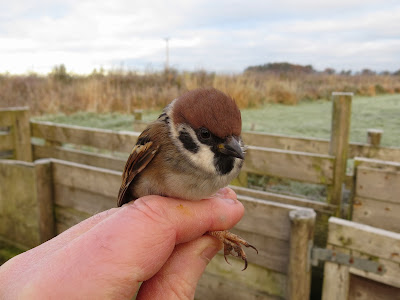 I ringed 18 birds as follows (recaptures in brackets): 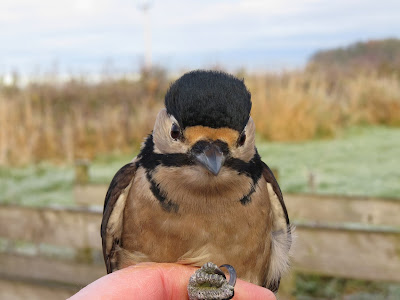 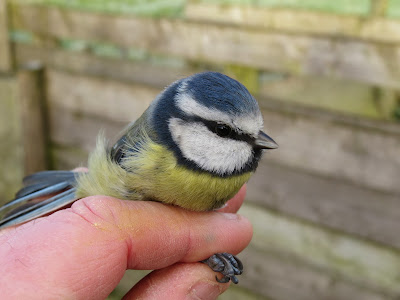 A Jay called from the woodland and I had two small flocks of Corn Buntings numbering four and six each.

Driving off the site I caught a glimpse of a wader out of the corner of my eye feeding in an unfrozen flood on some arable land. It was a juvenile Green Sandpiper and I won't go into the whole sorry tale of phoning Ian and asking him to come and take a look at it as I was trying to turn it into something else! I think that's best left forgotten. Below are a few pictures of this confiding Green Sand. 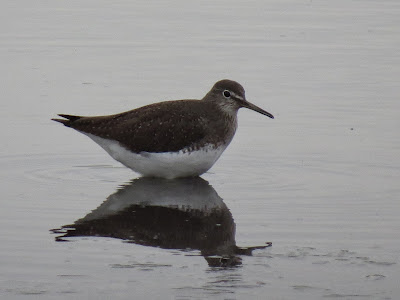 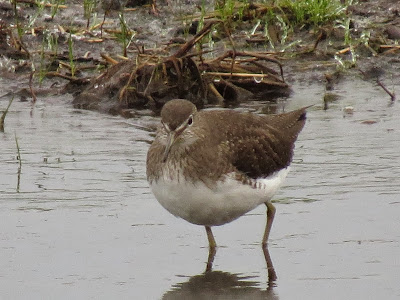 Lots of good stuff seen there mate :-) Had my first Woodcock of the Autumn this morning :-)

Woodcocks are cracking birds Warren aren't they. I just wish I could get decent views of one on the deck instead of flight views as you flush it from some woodland!