Is the Strength of the Ringing Table Proportionate to the Number of Birds Ringed?

The answer to the above question will become clearer as you read on, but Huw already knows the answer!

This morning Huw and I met at the feeding station at first light to undertake a ringing session and the weathermen were true to their word. They forecast that the wind would drop right off over night and they were right. However going to bed at midnight with a strong northwesterly blowing I wasn't so sure!

We had an excellent couple of hours ringing and ringed 38 birds as follows (recaptures in brackets): 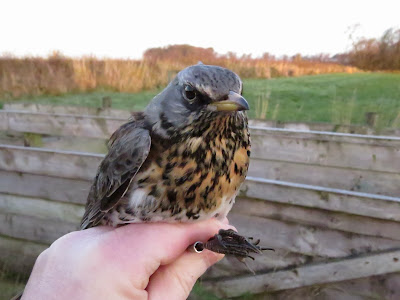 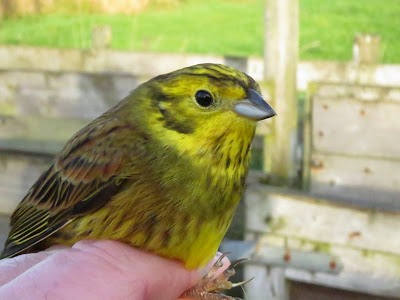 The answer to the question posed in my blog title is 'possibly'! Whilst merrily processing the birds caught after a particular round, when we had caught a decent number, Huw's side of the ringing table collapsed! Now was it because of the sheer weight of birds or was it just one too many ham and pickle sandwiches that Huw had consumed that morning! Perhaps that extra sandwich just tipped Huw's usual svelte like figure over the edge causing the collapse! Actually I think that Huw was unlucky and it could easily have happened to my side of the table! Whatever the reason I now have a table to try and get fixed before Monday's potential catch of Turnstones! 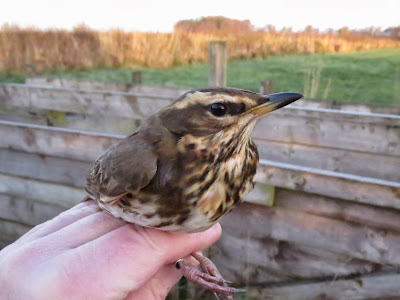 There's a decent morning tide tomorrow so I might just have to have a look on the sea at the obs.
Posted by The Hairy Birder at 20:24